I spend way too much time watching films. Funnily enough, I find myself doing this particularly when there’s something else that I need to do, e.g., laundry, get my step count up, shopping, etc. But what can I say, every now and again, the credits to a good movie roll and I am either 1) crying, 2) questioning my life choices, 3) inspired, or 4) a combination of 1 and 2.

Watching movies is a lovely self-care and we-time activity for me and my husband, who, despite his interesting feedback as you are about to read, is an equally committed movie buff.

And since nobody’s asked, here are my top five picks for 2017 films:

I am hopeless when it comes to films about families.

The Glass Castle is based on Jeannette Walls’s 2005 memoir of the same name. Since the movie adaptation release, it has received significant criticism, particularly toward the material approach and presentation. Luckily enough, I was unable to read any of the mixed reviews prior to watching it myself. I just think that a film will appeal to an audience that it seeks to appeal to, and The Glass Castle’s thematic element is something that is very close to my heart. What I enjoyed most was that when it came to character portrayal, the film did not tell you what to think, but instead, what to think about.

P.S. – I have since added this Joel P West song from the film soundtrack to my playlist!

Watch If: My Girl (1991) gives you that giddy, end-of-school, beginning-of-summer feeling

My husband said: “Oh cool, Woody Harrelson is in it. I like him.”

I heard about The Florida Project early in 2017 and was intrigued by the fact that it was shot on 35mm film and that the final scene was shot using an iPhone 6S Plus without the resort’s knowledge. Not that I’m drawn to controversy. 🙂

The Florida Project took me back to my childhood in Tarlac circa ’96, where I could go for a whole day on my bicycle that didn’t even have brakes, roaming the streets and farms of our barrio without adult supervision. Of course everyone knew who my mother was and where I needed to be returned to, in case I got lost. But oh the adventures I had. The trouble I got into. I think the reason I never get bored is because I was an only child for so long before my sister was born (14 years), and when you’re left to your own resources, you learn to find ways to entertain yourself. This is a life skill that comes in handy when you live in a remote island of the coast of northern Scotland.

From me, framing was everything for this film. Adults take a backseat and the thoughts of a child take over. I love that the treatment sits comfortably within the headspace of a 6-year-old. A lot of the earlier scenes did not make sense to me as an adult. But that’s the point. A lot of things that adults do don’t make sense to kids, and watching The Florida Project reminded me of what it was like to feel left included when adults thought it was appropriate, and left in the dark when they thought it wasn’t anymore. Give the film a few minutes and you’ll remember what it was like to sit and eat an ice cream cone without caring about how much of a mess you’re making.

Watch If: You are a child at heart!

My husband said: “Was it good?” (He had to leave for work halfway through the movie)

It was my actually my husband who thought this was a film that I would like. He’s like a human Netflix recommendation algorithm, except sometimes he slips and expresses his judgement at my choice of films. Regardless, he scored major points for introducing me to Okja.

In this classic tale of young girl versus multinational corporation, a super pig named Okja captures the affections of the viewer. The film was beautifully shot, and the characters devoted to their causes, which renders a plot that we are all too familiar with – and yet Okja is able to re-tell this story with utmost charisma, it’s as if the story is being told for the first time. I read that the film received a four-minute standing ovation after its Cannes screening. I suppose that at the end of the day, companionship is companionship, and love is love is love is love…

Lady Macbeth kept me on the edge of my seat but still managed to catch me completely off guard! Beneath its period drama setting is the emancipated woman, the woman that always should have been. Florence Pugh portrays her in the most unapologetic yet strangely charismatic way.

I’m a sucker for cinematography, and will sadly (and to my husband’s dismay) often forgive the lack of content for beautiful photography. The colour palette in Lady Macbeth is modern, but still honours its period drama roots. The dead centre shots and negative space were right up my alley. I love it so much that am currently trying to translate this feel into my Instagram gallery.

As promised, I won’t spoil the movie or raise any other elements that are subjective to me. I’d like for you to be able to see and decide for yourself.

For those who are curious, Lady Macbeth (2016) was based on Nikolai Leskov’s novel, Lady Macbeth of the Mtsensk District, the said novel having been inspired by Shakespeare’s very own Macbeth.

Watch if: you religiously listen to The Guilty Feminist podcast, and if you’ve never heard of it – you’re welcome!

My husband said: “Good movie, but hope it doesn’t give you any ideas.”

1. The Shape of Water

The Shape of Water is hands down, the best movie of 2017 for me. I first saw the trailer when my husband and I went to see Beauty and the Beast at the cinema, and have been on the look out for its release since then. True enough, The Shape of Water is a tale as old as time – beauty falls in love with beast, except this time, the rest can be left to del Toro’s delightfully chilling imagination.

Pan’s Labyrinth was a pivotal movie for me as a teen. I found it quite confrontational – never in my upbringing had I encountered themes so remorselessly dark. The absence of some form of poetic justice thoroughly disturbed me. I remember being scared but curiously sated in its resolution. With The Shape of Water, things took a completely different yet altogether seamless turn.

The film, set during the 60’s Cold War, introduces each character commensurately, taking time to tell everyone’s story, as opposed to merely focusing on the narrative of the star-crossed lovers.

This del Toro piece is another one for the books, and although the plot is one that’s been told a thousand times over, this storytelling is a breath of fresh air – rich with dialogue that challenges the notion of humanity itself, subtle but symbolic changes in visual representation, and love, always love, in every form and circumstance.

Watch if: You are not afraid to come to the dark side

Off the top of my head, there are probably about ten more films that I could add on to this list, but I shan’t bore you with all that! However, I what I would love to know your favourite 2017 films. Two films that I feel I could have easily added were Lady Bird and Ingrid Goes West. Let me know what you think of the above movies, or if you have any other recommendations! I thrive on them, but then again, don’t we all 🙂

Please keep in touch by leaving a comment below, filling out the contact page form, or emailing me at archipelagal@gmail.com

Cha Ro-Jo is a true blue island girl. Archipelagal is the (re)telling of her geographical and ideological pursuits. 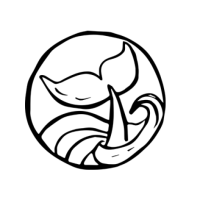 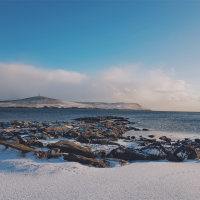 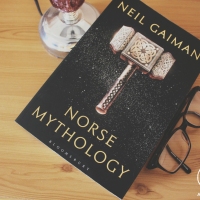